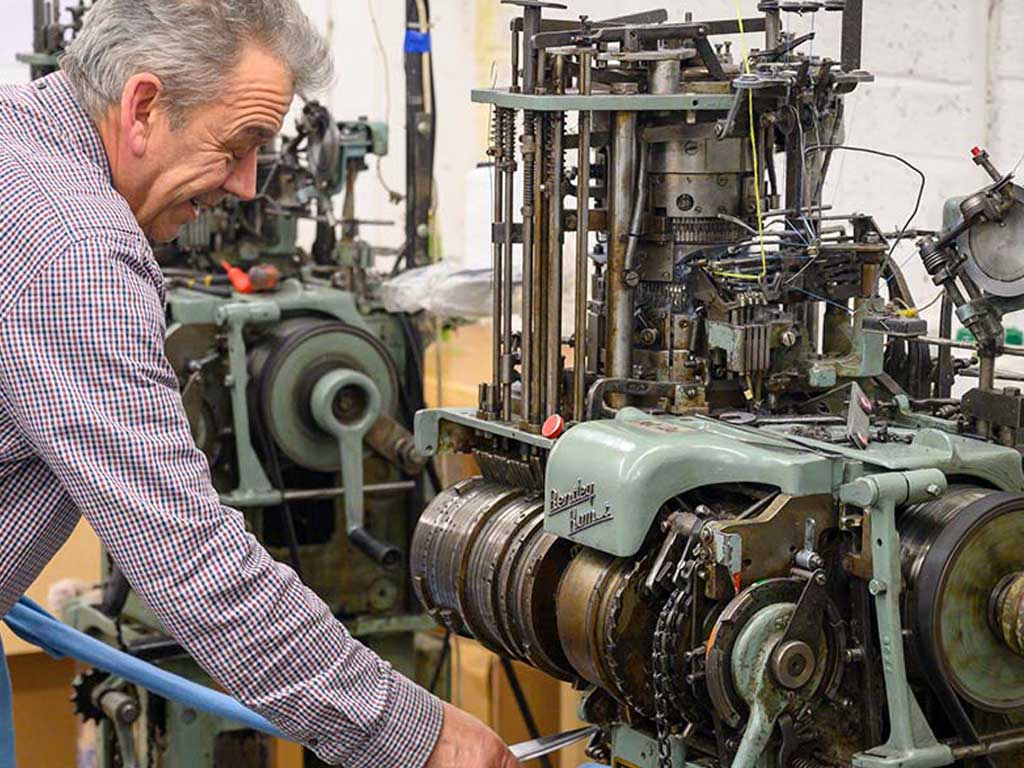 The History and Heritage of Cashmere

How was cashmere discovered?

Historical references to cashmere date back as far as the 13th Century; to the famous explorer, writer and merchant Marco Polo. His book, The Travels of Marco Polo detail the 24yrs he spent in the royal court of the Mongol Emperor Kublai Khan. During this time, he amassed a fortune on the trade routes of Asia and the Silk Road, and his account of his adventures gave Europeans their first taste of the exotic East, creating an appetite for the culture, textiles and riches of the Orient.

On his travels in Mongolia, Polo discovered cave paintings that led him to believe that since ancient times, the locals had farmed goats whose warm wool they depended on to survive through the extreme winter cold. His observation was, however, limited to cultural curiosity. Possibly blinded by the demand for silk and spice he saw no potential in Europe for the yarn of the Kashmir goat.

When was cashmere first manufactured in Scotland?

As the privileged elite of the European courts entered the 19th Century draped in cashmere shawls, farmers in the Scottish Borders continued much as they had for the past 300 years. Raising rough-coated Black Face sheep for production in the rural cottage based economy making hosiery and undergarments.

They continued this way until the mid-19th Century when trends in agricultural innovation, like the new softer fleeced breed, the Cheviot and technological advances such as frame-knitting combined to transform the Scottish Borders into one of Britain’s fastest-growing industrial cultures. Gradually, the rural cottage based workers disappeared as their role was assumed into the increasingly mechanised, highly productive processes within expanding mill complexes.

Towns like Hawick grew up around the mills that were strategically located to take advantage of the pure, fast-flowing rivers to power the machines in the mills and wash the wool; the excellent transport links to Edinburgh, Carlisle and the South; and finally, a ready supply of high-quality Cheviot wool grazed on the rolling Borders hills.

By the 1870s there were 250 woollen mills concentrated around Hawick and the Scottish Borders towns, representing over 40% of Scotland’s factory labour force.

From their position of great power and wealth, the close of the century, saw prosperous mill owners start to diversify beyond the undergarments and hosiery upon which they’d made their fortunes. They began looking overseas for finer raw materials and it was during this second wave of innovation that the first imports of raw cashmere arrived in the Scottish Borders.

Fashion and the Birth of Scottish Cashmere

Rapid social and economic change characterised the start of the 20th century. Britain was by now an industrialised economy, with a large urban population and a sizeable, literate middle class. Fashion was no longer the exclusive privilege of the aristocracy and women of all social classes were liberated from the constraints of their Edwardian corsets.

Magazines such as Vogue, founded in 1916, were eager to guide women in this new exciting world beyond boned stays and long constrictive skirts. Glossy fashion plates enticed them to part with their husband’s, or even their own, earnings and the new relaxed dress codes presented an opportunity for the knitwear mills to expand their range.

Forward-thinking companies employed designers to cater to this new market and it was Otto Weisz, a Hawick based designer, who in the 1930s developed the concept that was to become cashmere’s best ally – the twinset.

All the Hawick mills followed suit into knitwear, each vying to outdo the other in terms of quality, colour, cut and pattern. The new modern department stores; Harrods, Harvey Nichols and Selfridges in London; Jenners and House of Fraser in Edinburgh; displayed lavish piles of beautiful, deep soft Scottish cashmere to their fashionable, middle-class customers.

The leading cashmere mills of Hawick shipped to New York, Paris, Milan and beyond. They embarked on a long, and continuing, association with the international couture houses – including the great Coco Channel. The region’s reputation as the world capital of luxury knitwear was sealed, it remains unchallenged to this day, and those that emerged at the top of the pile retain their status as fashion legends: William Lockie, Robert Pringle and Walter Barrie.

Why is cashmere softer than wool? Is it wool at all?

Unlike wool, cashmere doesn’t come from fleece, it isn’t sheered in one fell swoop of the blade.

Cashmere differs in composition from wool, as alluded to at the start, it comes from Mongolian goats who grow a double-layered coat of long fine hair to withstand the brutal -40°C temperatures and the fierce, biting snow-laden winds that howl across the steppes. These long hairs are light and hollow, allowing them to grow densely on the bodies of the small agile goats. Their featherlight structure traps the body warmth of the goat, preserving heat without adding weight or impeding their ability to escape wolves and other predators.

Beneath the coarse outercoat lies the soft, precious undercoat. The longest, strongest and softest fibres are slowly combed from the neck and belly of the goat in a process that stubbornly resists mechanisation. These highly prized fibres are used to make the highest grade cashmere.

The value attached to premium grade cashmere is easier to understand in this context especially when you learn that the fleece of one sheep can produce multiple sweaters, but it can take up to 5 goats to produce one cashmere sweater.

The Difference Between High Quality and Poor Quality Cashmere

High quality, premium-grade cashmere uses only the longest, finest and silky soft fibres described above. These precious fibres are up 36mm in length and no more 15.5 microns in diameter.

As a result, high quality, premium-grade cashmere is softer, stronger and capable of retaining its shape. Such exceptional quality has a long lifespan that merits the investment.

In contrast, poor quality, mass-produced cashmere uses shorter fibres with a diameter of up around 30 microns, almost double the size of the premium grade. The difference in quality is rougher to the touch, more prone to sagging and stretching, as well as wear and tear. 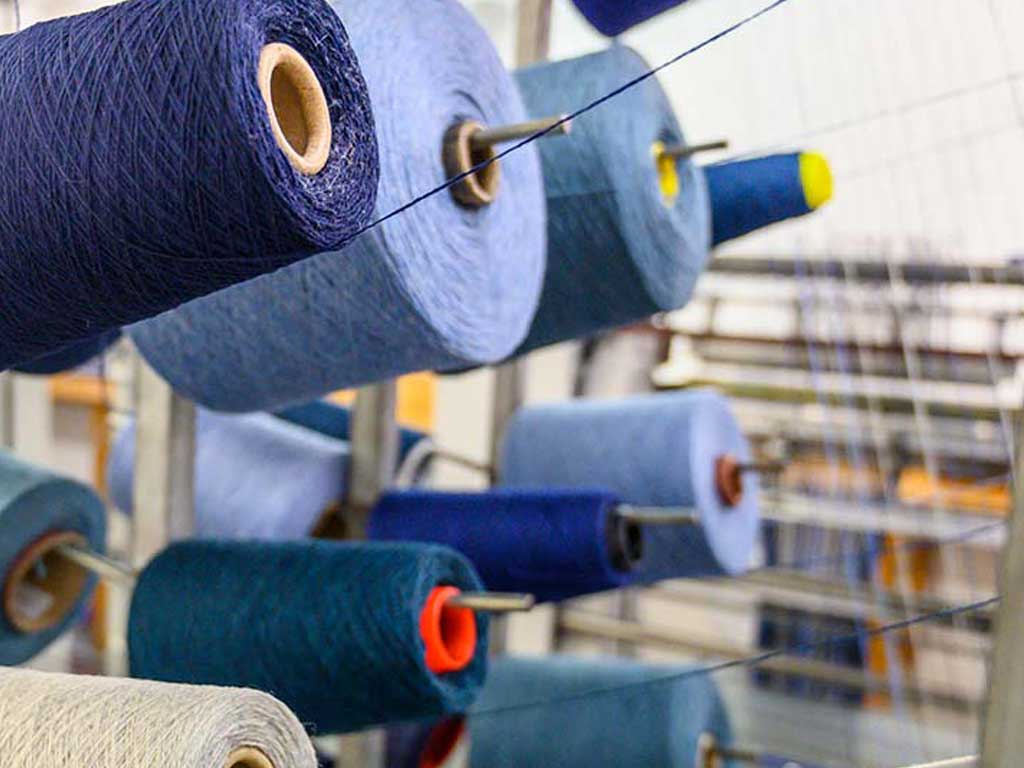 Only premium grade cashmere is used in Scottish mills. Though few of the original mills remain, those that do are still in business because they refuse to compromise on this very point.

They maintain their position as the world capital of luxury knitwear in a very crowded and competitive, international market by not compromising and retaining their commitment to the same high standards.

The raw materials will always be of the highest quality. The cashmere is still washed in the soft waters of the River Teviot as it was 100 years ago. The workers in the mills preserve the skills passed down through the generations before them, from the machine knitters to those who hand finish the cashmere; each is a highly skilled professional who plays a critical role in the value of Scottish cashmere.